Delta Scientific has been engineering and manufacturing vehicle access control equipment and selling its products worldwide since 1974.

With both mechanical and electrical engineers on staff, Delta is able to aggressively pursue custom projects and new technology. The 260,000 square feet of manufacturing space allows Delta Scientific to meet the increased requirements and demands of its continually growing domestic and international customer base.

The MP5000 is designed as a towable, rapid deployment vehicle barriers. Installation and setup can be achieved in less than 30 minutes. The MP5000 is available with clear openings of 12’, 16’, and 20’ and carry crash ratings up to M40/K8. Simply plug in standard 120v power to the battery operated HPU and you are ready to run. Don’t fret if no power is available as these units can run strictly off the optional solar panel if necessary.
Read More 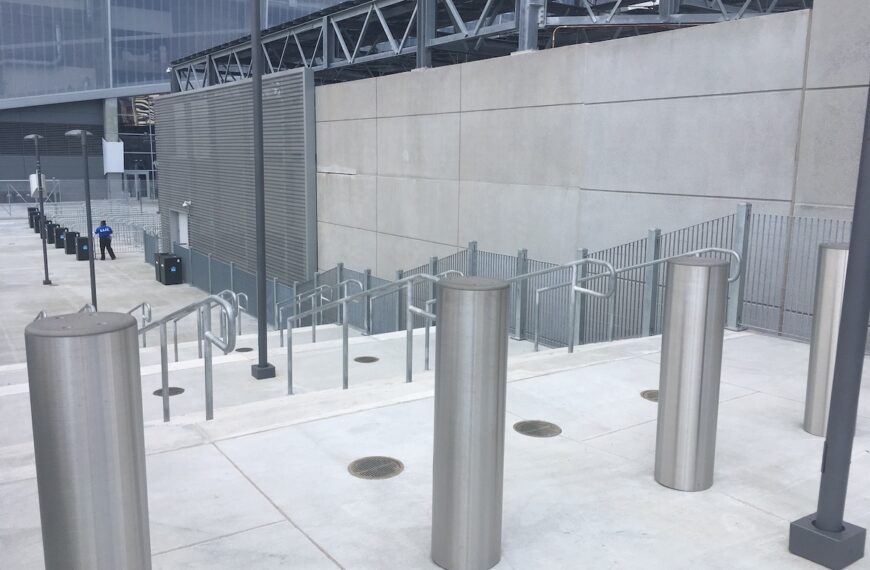 Delta Scientific’s new DSC720-1M security bollards, created to stop taller trucks such as those found in Europe and the Middle East from tumbling over anti-terrorist crash-proof bollards, stopped a 15,000 pound (66.7 Km) flatbed truck impacting at 50 miles per hour (80 kph) with only a 0.5 meter penetration of the vehicle, creating an M50, P1 ASTM rating.
Read More

The DSC7000 K12crash rated beam barricade is used worldwide at locations where wide roadways need to be secured from attacking vehicles. It provides protection between 12- to 20-foot wide with options to 30 feet (3.7 to 9.2 m). The 725-pound beam of the vertical lift barricade stops a 15,000-pound (66.7 kN) vehicle traveling 50 mph (80 kph) dead in its tracks, equivalent to 1.2-million foot-pounds of kinetic energy.
Read More
Learn More

Delta Scientific is also the leader in post-installation support. The Product Support Division is composed of dedicated, highly experienced technicians who have installed, maintained, and serviced hundreds of barrier systems throughout the country and around the world at U.S. Military Bases, Nuclear Facilities, U.S. Embassies, Private Buildings, and other government facilities.

Threat modeling is a technique used in software design to anticipate potential threats, identify vulnerable aspects of the system, and determine how to defend against them. Though used primarily in computer programming, the theoretical concept behind threat modeling could also apply to the design and implementation of physical security systems, such as barricades from Delta…

Read More Threat Modeling and Its Applications to Physical Security

The role of security is to prevent threats to your facility from harming your employees, visitors, and assets. It is a crucially important function. Unfortunately, when security is inefficient, it can interfere with everyday operations.